Blockchain and the Digitalization of Trust 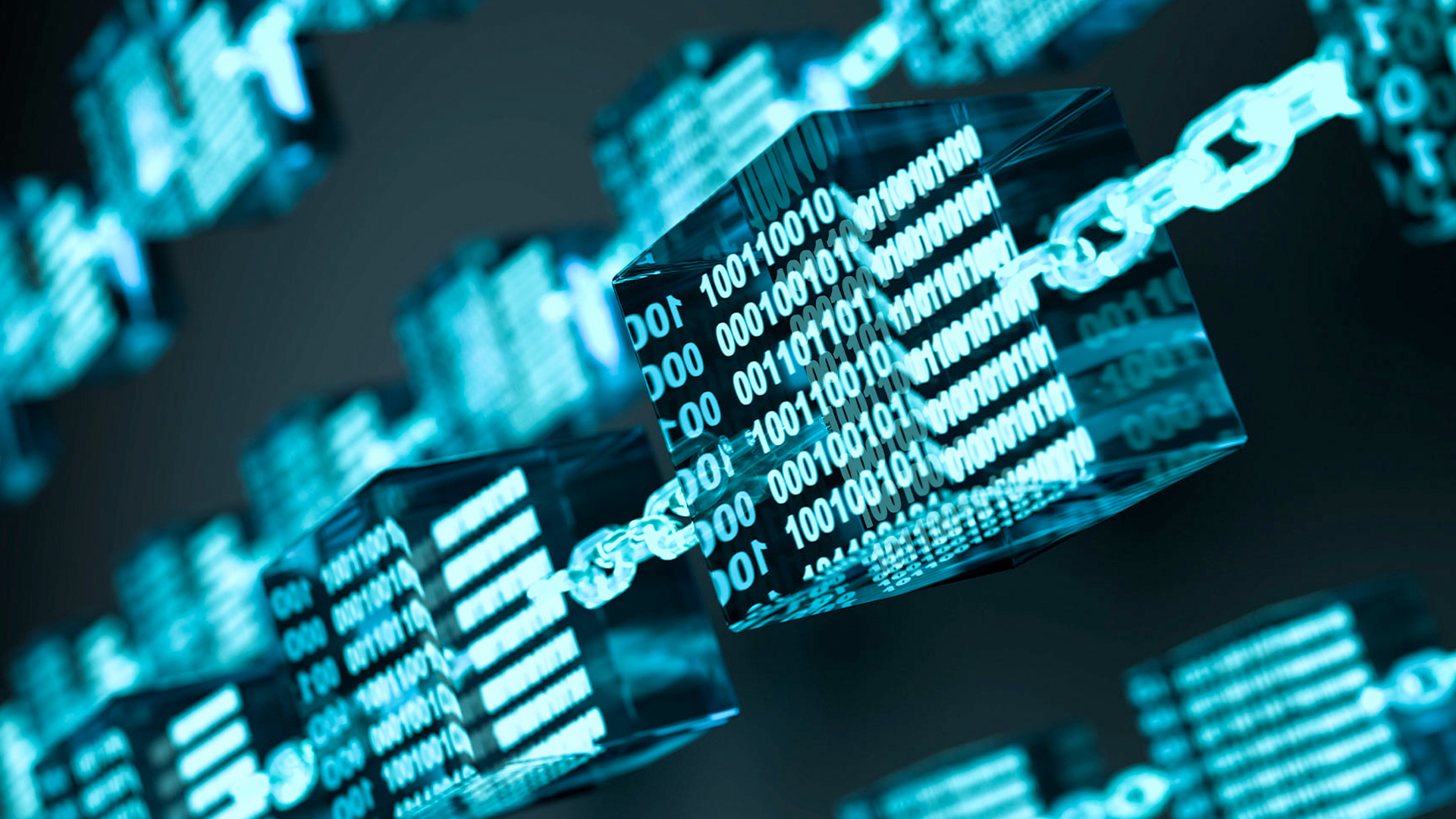 Despite entering our vernacular more than a decade ago, “blockchain” is viewed by many as a painfully abstract and mathematically complex concept to grasp. Many business and industry leaders rightly associate it with heavy-duty data encryption, distributed ledgers, and cryptocurrencies like Bitcoin, Ether and Libra among many others. Some companies refer to blockchain as “distributed-ledger technology” to disassociate themselves from cryptocurrencies schemes that have in the past facilitated fraud and money laundering. As we will see, blockchain technology’s impact extends far beyond these types of digital assets. Supply chain management, manufacturing, health care, finance, the Internet of Things (IoT) and other sectors of the economy are being transformed by what is viewed as a radical shift in business models not seen since the advent of the internet.

The 2008 brainchild of the elusive Mr. Satoshi Nakamoto (most likely a pseudonym that might even represent more than one person), blockchain in its clearest terms is a decentralized accounting ledger that stores data and records information in real time. It is securely shared by users across multiple, independent computer networks called nodes. Blockchain adds new and unique “blocks” (transactions recorded into a ledger) to a “chain” (a hash or unique cryptographic identifiers that seamlessly links the blocks together) once transactions have been verified through consensus across the network. These records are theoretically immutable, unalterable and more tamper-proof than other databases—thereby increasing trust among users and shining a light on potential cyber intrusions and other fraudulent behaviors. If the data is changed inappropriately, known as a 51% attack, alarm bells go off to protect the integrity of the network.

Blockchain technology can streamline medical record-keeping, trade finance and even ensure that blood diamonds are not being sold in the open market. Blockchain is also pioneering more robust, transparent and democratic business environments around the world by ensuring information is retained exclusively by the system’s users rather than a central authority. According to Accenture, it represents a “new way of storing data in a distributed ledger that allows multiple stakeholders to confidently and securely access the same information.” This is significant because our legacy systems aren’t consistently able to win the cat and mouse games of protecting critical data (think intellectual property) and other digital assets.

We often hear how data has become the new oil. Blockchain promises to break the monopoly of metadata being centrally held by powerful market intermediaries such as retailers (e.g., Amazon), financial firms, social media (Facebook) and government agencies that process microtransactions and monetize the personal information of users. These entities derive value inherent in these transactions for their sole benefit. In a recently published book “The Real Business of Blockchain,” authors David Furlonger and Christophe Uzureau aptly described data as a novel anchor currency because consumers “leave behind a data trail like Hansel and his breadcrumbs.” Again, blockchain is self-reinforcing and designed to shift control of data away from intermediaries and middleman and into the hands of those directly involved in the transaction process (buyer and seller) thereby capturing the value of the data for themselves.

The democratization of data is a libertarian dream whereby government rules and regulatory sandboxes are replaced by self-executing, private contracts known as “smart contracts” between individuals that are self-reinforced by blockchain. No wonder politicians view this technology with wary eyes. The resulting metadata cannot be understated. It is critical to further boosting global competition and extracting value from transactions using today’s computational power along with artificial intelligence that crunches Big Data, recognizes underlying patterns and renders meaningful analysis of what was once raw and disparate information.

The practical applications of blockchain are numerous. According to the November 26, 2019 edition of the Wall Street Journal, Moog Inc., an aircraft-component manufacturer, is merging distributed ledgers that support cryptocurrencies with 3D printing to digitally produce plane parts on demand while the plane with the defective component is still airborne. The part is then immediately installed once it lands. The stocking of digital blueprints and turning them to physical goods on demand reduces the costs of grounding aircraft for long periods for maintenance and repair operations. Similarly, Tymlez, a Dutch startup, developed a blockchain solution aimed at decentralizing medical supply chains. This has reduced price hoarding of time-sensitive personal protective equipment (PPE) like ventilators that can now be distributed to where the needs are most critical.

The implications of this phenomenon are a game changer for optimizing far-flung supply chains. Blockchain streamlines supply chains by allowing records to be shared by suppliers, buyers, logistic providers and customs officials. Cross-border disputes can also be resolved easier with a single distributed database rather than each party using their proprietary systems while processing international trade transactions. Somewhat related, smart contracts supported by one ledger will be able to secure payment for exports and other international transactions by creating invoices that pay themselves when shipments are received by an overseas buyer. This significantly relieves the administrative burden of banks—and potentially disrupting them—serving as middlemen in trade finance. The reduced administrative burden will manifest as reduced overhead costs and transaction friction, ultimately benefiting consumers by accelerating wealth creation.

Distributed ledgers will alter supply chain strategies for defense contracting, too. The U.S. Department of Defense’s well-founded concerns about untraced, unauthentic military hardware and software being opaquely sourced downstream from around the world could expose it to sabotage of mission critical weapon systems (e.g., installing malware on microchips) which includes the Joint Strike Fighter F-35. For instance, Turkey, NATO’s somewhat unreliable ally as of late, made the body of the JSF until the U.S. expelled them from the program last year in response to Ankara purchasing sophisticated air-defense missiles from Moscow. Having a friendly nation go rogue is one of the unintended consequences of having a multi-layered global supply chain.

Like the USDOD, intelligence agencies have given blockchain a much closer look since many of their agents, confidential informers and other assets around the world were outed (many were jailed or killed) by state actors who gained access to the Office of Personnel Management centralized files  holding top-secret information about official and non-official employees in the U.S. State Department, CIA, FBI and National Security Agency (NSF). This was a major setback for our intelligence-gathering services vital to our national security. Distributed ledgers would have prevented or mitigated the damage done by this and other attacks on our nation’s security infrastructure.

Blockchain will greatly accelerate the use of IoT by capturing valuable amounts of data through billions of devices and connected networks of sensors worldwide. The challenge with many IoT systems today is that its centralized security architecture makes it vulnerable to a single point of failure. Blockchain, on the other hand, decentralizes decision making to a shared, consensus-based network. However, integrating physical objects with IoT and blockchain solutions will be a slow and deliberate process given the number of security protocols that need to be ironed out.

With any innovative solution, seemingly insurmountable obstacles may initially stand in the way of their development, adoption and widescale implementation. Blockchain is no different despite all its openness, transparency and building of trust among entities that would otherwise have no confidence in collaborating with one another without a neutral third-party or central authority oversight. Institutional resistance to change, lack of agreed-upon global standards, scalability (requiring brute-force computational power to handle thousands of transactions at once) and the omnipresent threat of cyber intrusions are just some of the concerns voiced by blockchain critics. And, of course, there is the question of governance. Shifting control of information (and its inherent power) away from the incumbents (i.e., big tech, government authorities and status-quo bureaucrats) to non-hierarchical, peer-to-peer networks may make them cringe a bit. But if economic history is any guide, disruptive technologies like blockchain will inevitably continue their march forward once their significant benefits are fully realized by potential users around the world.