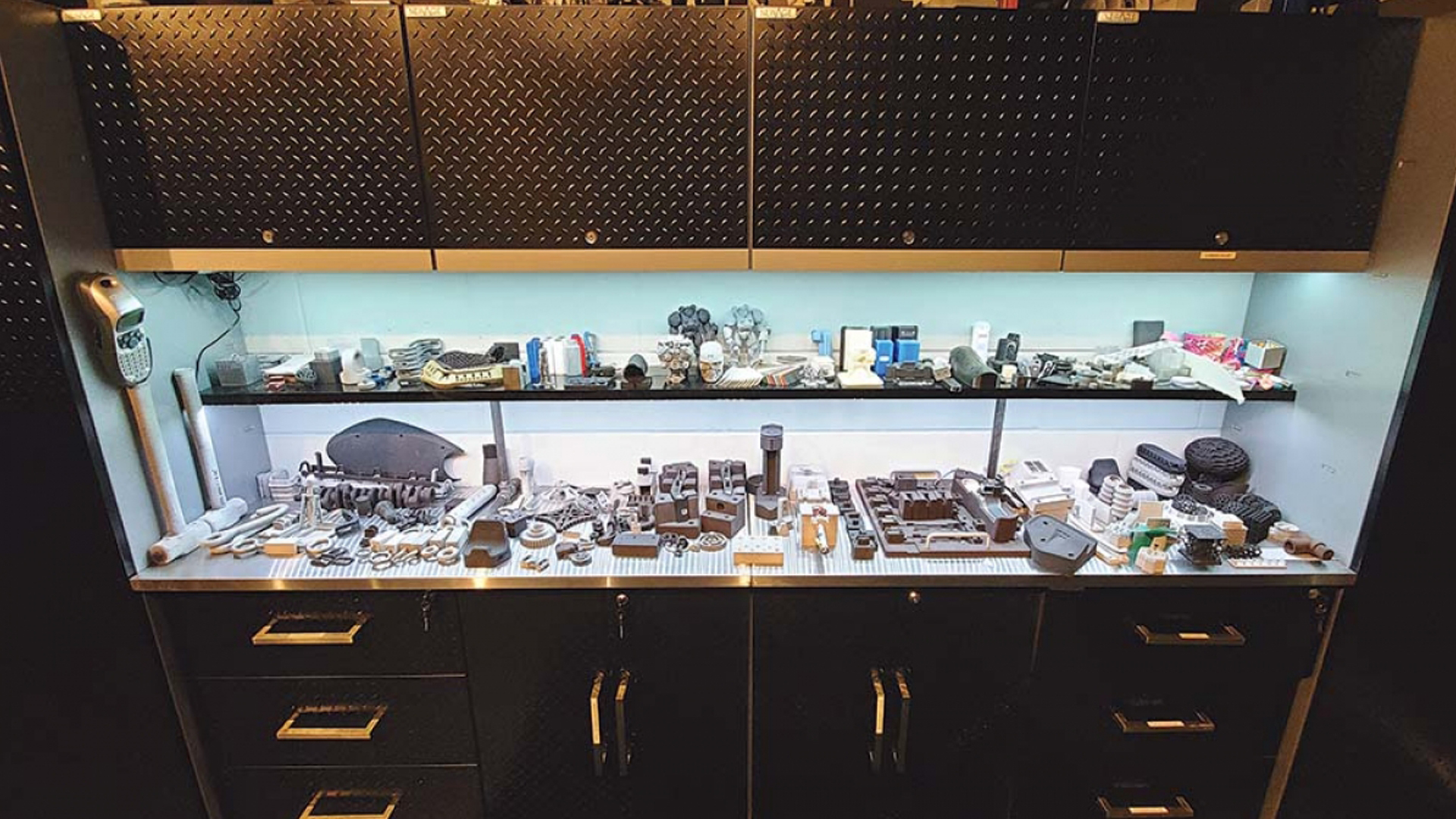 As owner of Forerunner 3D Printing LLC, Paul DeWys utilizes the evolving process of additive manufacturing to primarily produce short runs of complex parts for area businesses, or help them bring those same capabilities to the shop floor.

However, he knows that this manufacturing process has a lot more potential.

“My goal is that I want to have a production shop just like if you walked into any injection mold shop,” said DeWys, who also operates DeWys Engineering. “I absolutely am working toward the goal of having a 25,000-square-foot building with 35 production printers producing 24/7. Anyone you talk to in additive — everyone should be going that route. That’s the future.”

In the scope of Industry 4.0 and advanced technology, additive manufacturing has been a buzzword for a couple of decades, standing as an attractive alternative to injection molding and other traditional manufacturing processes.

In the early 2000s, though, the idea of 3-D printing had a bit more bark than it did bite.

“What happened is 3-D systems and all these companies came out and they went to every fricking shop they could get into and they promised the world,” DeWys said. “They said, ‘We’re going to change the way you do business,’ and everyone got excited. And then they just completely fell on their faces. They over promised and under delivered. A lot of the non-millennials — the older generation — have a bad taste in their mouth.”

Fast forward roughly a decade, and 3-D printing has not only found valuable roles in many manufacturing segments, but because of the evolving complexity of machines and development of more robust materials, many manufacturing and automation professionals agree that mass production capabilities are not far off.

A growing number of manufacturers are taking a hard look at 3-D printing. Sculpteo, a French 3-D printing business with a domestic office in San Francisco, released a report called “The State of 3D Printing,” which surveyed 1,300 manufacturers that use the technology. The report found that 51 percent of respondents use it for production while 80 percent said it significantly improved speed of innovation.

Prototyping and low-volume runs of complex parts is a sweet spot for additive manufacturing. In these scenarios, it’s hard for manufacturers to justify the cost of tooling associated with injection molding.

DeWys said manufacturers need to find that financial threshold between additive and injection molding to find which method will ultimately lead to lower costs for parts.

Forerunner 3D encountered this very scenario with a client that produces a mount for GoPro cameras called StaBowMount. DeWys and his crew initially printed the StaBowMount, which only needed 20 to 30 units per quarter. That demand ballooned to thousands, which prompted them to invest in injection molding.

“We’re that initial bridge that gets from an idea, where they don’t know how much they’re going to sell, to a point where they are established and know their volumes and can go with confidence in buying an injection mold,” he said.

As for industry sectors that are embracing additive manufacturing, DeWys said he is mainly seeing stratification around the age of engineers, with the younger generation showing more interest.

Additive manufacturing has found a place in almost all industries, though — even old industries like foundries, which have not seen a need for modern innovations in centuries. DeWys said he has seen some success in printing foundry patterns and core boxes.

“(3-D printing) gives you those tools to do prototypes quickly,” said Scot Lindemann, CEO of Mission. “A lot of our custom automation is, by definition, a prototype machine. So it let’s you go through those iterations of testing equipment really quickly, and modifying something and giving a customer something that will work a little better. If you used traditional tooling, you might just say it’s good enough.”

A GLIMPSE OF THE FUTURE

Project DIAMOnD is a grant program open to Oakland and Macomb County manufacturers. Those that were accepted into the program received a 3-D printer for free. The program will distribute 300 printers in total, 200 of which already have been deployed.

The companies can use the printers for their own use and benefit. However, all 300 printers are tethered together through blockchain technology so that, when needed, they can be commandeered and used to produce one uniform part.

In the early portion of the COVID-19 pandemic, the printers were used to print PPE and ventilator components.

The program not only benefits manufacturers, but also creates a reliable, local supply chain.

Project DIAMOnD also provides a look into the future of additive manufacturing, which when paired with additional Industry 4.0  technologies, could essentially operate in a lights-out format.

“There will come a day when almost all the production is automated,” Kelly said. “It will be a combination of 3-D printing and CNC machines, with autonomous robots moving parts between the two and taking finished goods and putting them in a box. But, those plants will still need a lot of skilled people to keep those machines going.”